Living in the most populous city in 500 miles has its benefits for a number of reasons, and a large advertising audience is one of them. Billings itself has over 100,000 residents. The larger community of Yellowstone County has a population of nearly 160,000. 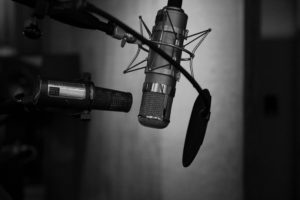 With  36 radio stations in the Billings area, your company will be able to find the right ones to advertise on to reach your ideal audience. From national radio broadcasting companies like Townsquare Media to local radio stations like Desert Mountain Broadcasting and the Northern Ag Network’s Mighty 790 AM, Billings radio truly has something for everyone.

The other large radio station group in Billings is Townsquare Media. Its four Billings-area radio stations cover news talk radio and country, top 40, and classic rock music. Companies can advertise on one or all of Townsquare Media’s stations, which makes radio ad buying convenient for advertisers.

“From the Bozeman Pass to Miles City and the Missouri River Breaks to Wyoming’s Big Horn Mountains…KGHL is proud to serve a 20-county region of Southern Montana and Northern Wyoming.” 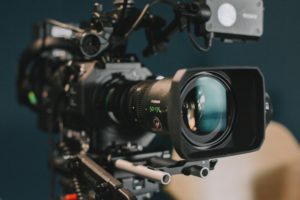 If you’re looking for television advertising opportunities in the Billings and Yellowstone County areas, you’re in luck! Billings is home to affiliate stations of CBS, NBC, FOX, and ABC, as well as SWX, which shows local sports and weather. Many of these stations have highly engaged audiences on social media, giving advertisers an extra platform to reach viewers.

Q2 News (KTVQ) is the CBS affiliate for the Billings, Montana, region. The station offers companies opportunities to advertise on both its television station and its website. KTVQ also has GRIT and the CW as subchannels.

“Q2 News, KTVQ, is the CBS affiliate in Billings, Montana. As Montana’s News Leader we are your source for continuing news coverage, and the latest sports and weather updates.”

Billings’s local NBC affiliate is KULR8, which also has the SWX channel (SWX stands for Sports & Weather Right Now). KULR8’s Sales & Marketing page on its website talks about the station’s numerous opportunities for advertising on its platforms.

“We can help you utilize the power of television and the World Wide Web to reach your target consumer. Our SWX channel, which stands for Sports & Weather Right Now, is rapidly growing. We’re committed to providing Montana and northern Wyoming with the best in local sports coverage and continuous weather updates from the best meteorologists in the area. SWX broadcasts local high school sports, such as football, basketball, volleyball and a host of local events in our community. In addition to advertising your products on the air, we also have a variety of sponsorship opportunities, banners, pre-roll and mobile ads that can showcase your business 24/7 on KULR8.com and our KULR-8 News mobile app. Establish your brand in the marketplace, and let people know about your products and services through a company that strives to help your business grow.”

“KSVI and KHMT extend the ABC and FOX brands to the Internet, mobile and other digital services with interactive content that goes beyond TV to allow the viewer a more in-depth, personal experience. We’ll work with your brand to develop customized messages to unite you with some of our best properties.”

The local cable company has over 30 networks you can buy ad space on. From sports to movies, cooking and DIY, there are many ways you can target your ideal audience through cable television ads. 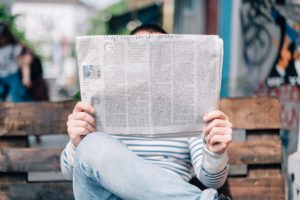 The Billings Gazette is the area’s local daily newspaper. Residents through Billings, Yellowstone County, and even across Montana and Wyoming subscribe to the Billings Gazette in order to stay up-to-date on local and regional news. In fact, according to its advertising information, the Gazette reaches 85% of the Billings market between its print newspaper and its website www.billingsgazette.com. Businesses can choose to advertise solely in the newspaper, or they can combine their advertising efforts with the Gazette’s website. The newspaper’s website receives 972,000 unique visitors every month!

Though it’s not nearly as large as the Billings Gazette, the Laurel Outlook has a dedicated readership of 2,700 subscribers throughout Yellowstone County and nearby Stillwater and Carbon Counties. The paper is published weekly on Thursdays. The Laurel Outlook’s ad sales manager is able to help businesses identify if the weekly newspaper’s readership is a good fit for advertising opportunities.

A unique print advertising opportunity is the Thrifty Nickel. According to its website, “Whether you’re selling a car, a home, having a garage sale, or looking for the perfect employee, we’ve got a solution that meets your needs.”

Car dealerships and realtors can reach a huge audience primed to buy through the Thrifty Nickel. Other popular advertising categories in the paper include agriculture, help wanted, and business & services.

Because its readers are browsing an advertising publication already, advertisers have a huge advantage over other methods, like newspapers. When readers see a newspaper ad, they may not pay attention to it, because they’re likely focusing on the paper’s content, not necessarily looking to spend money on goods or services. But publications like the Thrifty Nickel are advertisements only, meaning the readers are at least considering making a purchase by the time they open the pagers. 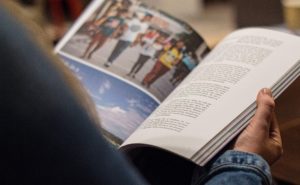 Simply Family Magazine delivers 20,000 free copies 12 times per year. Copies of the magazine can be found all over town, including in local coffee shops and doctor’s offices. Readers can also choose to subscribe to a digital or print version of the magazine.

Billings’ most read magazine is Yellowstone Valley Woman. The advertising team explains on their website, “Yellowstone Valley Woman is the valley’s best choice to reach women in our area. While we print and distribute 22,000 copies of each issue, a recent reader survey showed an average of three people pick up and read each individual copy. That means you have the power to reach over 65,000 people by advertising in just one issue. It’s the reason why YVW is the most read lifestyle publication in Montana’s largest city.”

“Originating as the Magic City Experience in 2003, Magic showcases life in and around Billings, Montana. We follow a simple mission:  to uncover all that is unique and wonderful and changing in this great community…and we guarantee a few surprises along the way.” 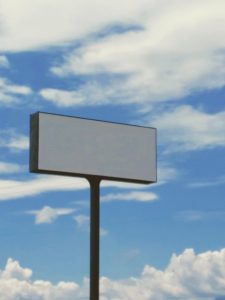 As both residents and tourists drive through the Billings area, billboards can be found along almost any large city road or interstate. Montana and Wyoming residents from across both states often come to Billings for its retail shopping and events. And daily commuters throughout Yellowstone County pass through the I-90 and I-94 corridors, which are lined with billboards, as is Highway 212 towards Red Lodge.

“With Billings being the largest city in Montana and also for a 500-mile radius, it has become a regional distribution hub for the surrounding communities, whether you’re moving people or products, Billings puts you in prime position.”

Billings has a number of billboard companies ready to help businesses reach new audiences. Bella Outdoor Advertising and Lamar Advertising are two popular options for traditional billboards. Bella is a locally-owned Billings company. Lamar is a national company headquartered in Louisiana, which may be useful for companies who want to advertise both in and outside of the Billings, Montana, area.

A new trend in billboard advertising is in using digital billboards. Blip, which has digital billboards throughout Billings, makes billboard advertising more accessible than ever for tech-friendly business owners. By simply downloading Blip’s app, you can upload your billboard design and bid on when your ad will be shown. You can choose from highly-viewed locations during peak or non-peak hours. Your ad will be shown for 7.5 to 10 seconds at a time, with the ad showing more frequently if you choose a higher ad pricing package. This entirely eliminates the need for billboard installation or even dealing with a sales team, if that is your preference.

When your company is ready to grow in Billings, Montana, these options are all great ways for you to reach new customers! From the area’s variety of television and radio stations to our great newspapers and magazines, your ads are sure to reach the audience you’re looking for. And your opportunity to reach travelers along Billings’ interstate and highway corridors via billboard means your potential audience is nearly unlimited.